Yep… Beer Yoga is a thing 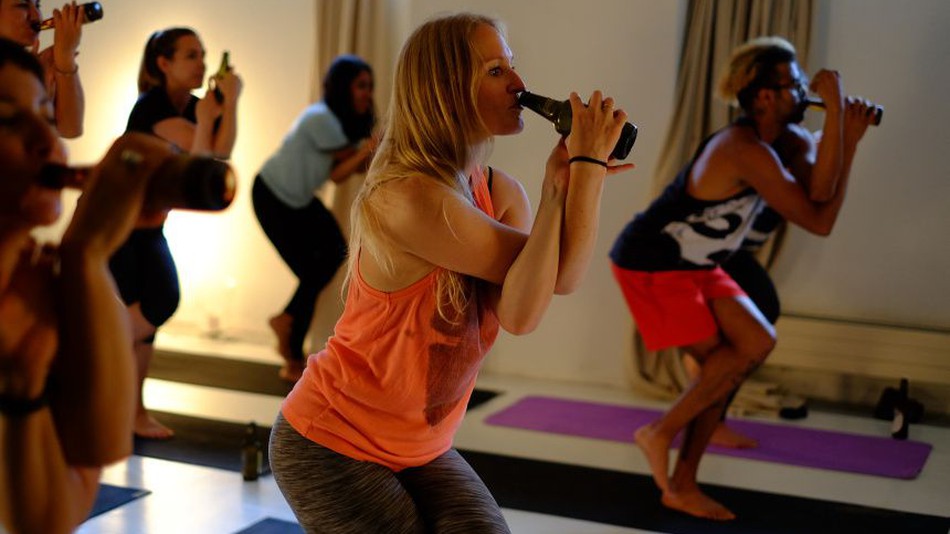 IMAGE: BIERYOGA/FACEBOOK
After being enjoyed by Berlin hipsters, it’s now found its way to Australian shores—a land where beer’s most definitely a religious practice, at least as much as yoga. And not in the best way.