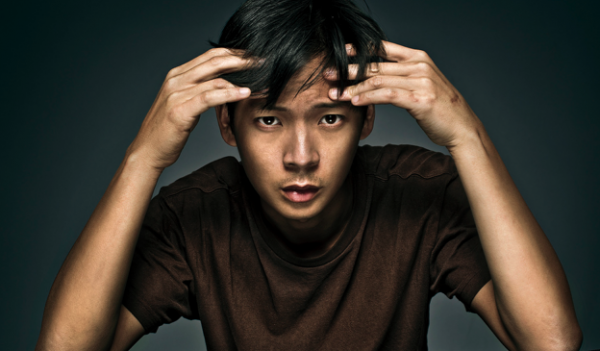 In this age of globalization and wireless technology, worrying about hectic schedules and living complicated life is completely normal. When too much worrying becomes overwhelming, you may feel like they’re out of control and they’re running your life. Consider your thoughts and feelings. The excessive amount of time you feel anxious or have difficulty sleeping because of your worries can be symptoms of an anxiety disorders.

We all experience anxiety almost everyday. It is considered a natural part of life. It refers to the worries and concern of every day life which may lead to stress and nervousness. Anxiety to young people can be limited to situations in school such as project deadlines, exams, special events like sports and proms.

There can be something good about feeling anxious. It can actually help students to be motivated to prepare for the upcoming exams or recitations. Athletes train well and become alert when being kept on their toes in potentially dangerous situations. Occasional anxiety is something not to be concerned about. However, for some teenagers, anxiety tends to rule their their lives. Anxiety disorder can interfere with people’s ability to function normally. Teens with anxiety disorders may suffer from intense, long-lasting fear or worry, in addition to other symptoms.

Anxiety disorders are common mental health conditions characterized by unrealistic fear and worry which affect people of all ages, including kids and teens. Young people with this condition aren’t crazy but may find it hard to get through the day. Aside from difficulty studying and concentrating, young people with anxiety disorder can also experience insomnia, or the inability to fall asleep or stay asleep, as well as the loss of appetite. The good news is, anxiety disorder can be treated. Young people can be affected by several types of this condition which include Generalized Anxiety Disorder, Panic Disorder, Phobia, Social Anxiety Disorder, Obsessive-Compulsive Disorder, Post-Traumatic Stress Disorder.

Having an anxiety disorder can make you feel stressed, tense or unable to relax, and you may experience physical symptoms such as headaches, sweaty hands, upset stomach, pounding heart, and muscle tension. People with extremely intense symptoms may experience panic attacks and may think they are having a heart attack or might even die.

There is no one cause for anxiety disorders. Research shows that many factors contribute to this condition including genetics, brain biochemistry, an overactive “fight or flight” response, life circumstances, and learned behavior.
Genetics – When one member of a family has anxiety disorder, there is a possibility that other members may also develop the condition, though of a different type, due to the hereditary or genetic component of anxiety disorder.
Brain Biochemistry – Genetics influence a person’s brain biochemistry, and may make certain people more prone to problems with anxiety. The brain’s biochemistry involves the brain’s millions of nerve cells, called neurons, that constantly communicate with each other through chemicals called neurotransmitters.

Learned Behavior – Having a family environment where there is a pervading atmosphere of fear can influence a child to grow up viewing the world as a scary place. The child will become fearful and will always become anxious of worse things to happen.

“Fight or Flight” Response – This is the brain’s automatic reaction to an anxiety-provoking situation which can also fuel an anxiety disorder. When a person senses a potentially dangerous situation, the brain quickly sends out a signal to amygdala, a small structure in the brain that activates the “fight or flight’ response. This response triggers sweating and makes the heart beats faster. The body prepares itself ready for the eventuality of danger. The danger may be real or just perceived danger. As soon as the person realizes that there is no more danger, the person relaxes, and the “fight or flight” response stops.

Since the amygdala is programmed to “remember” the trigger in case it happens again, it enables the brain to protect the person from future danger by keeping track of all cues that might signal danger. When the amygdala overreacts, the person will mistakenly interpret certain things as dangerous.

Young people overwhelmed by anxiety disorder resort to alcohol and drugs, including sleeping pills, in order to relieve themselves of stress, anxiety attacks and other symptoms. They feel that others may not understand what they are going through. However, drugs and alcohol only create a false sense of relaxation which can be dangerous and may lead to lots of other serious problems.

Young people must not let anxiety prevent them from enjoying their lives. There are treatments and medications which can help them including prescription and over-the-counter drugs, cognitive-behavioral therapy, and relaxation or biofeedback to control tense muscles. A combination of treatments may also be prescribed.

Family support and communication is the key in dealing with people who are having anxiety disorders. Close friends are a valuable part of the solution in overcoming anxiety problems.

mind
Previous ArticleIf You Are a Weekend Person These Are Pains You Will FaceNext ArticleHere Is Why You Should Be Reading the Food Labels
PASSIONATE ABOUT FITNESS & WELLNESS? Bring it on! We would love to hear from you. We welcome inspirational quotes, articles and infographics.