Krav Maga is a tactical self-defense system developed by the Israeli Defense Forces, which has since been adapted for civilian use. It is a system that focuses on real world situations and extremely efficient and brutal counter-attacks. It has a philosophy that emphasizes self-preservation above anything else, hence students are trained to neutralize any threat as quickly and efficiently as possible, to defend and attack at the same time, and to target vulnerable areas so as to allow the defender to disengage and escape safely.

Krav Maga’s practicality and straightforward nature has made it popular among law enforcement and special forces units, as well as with security and close-protection services worldwide.

Recognized as one of the most effective self-defense systems that exists today, Krav Maga (“contact combat” in Hebrew) is the official close quarters fighting system of the Israeli Defense Forces (IDF), Israeli Police and Security Services, and numerous other special forces units, police forces and close protection services around the world.

Krav Maga encourages its practitioners to avoid confrontation. However, if a fight is inevitable, it promotes finishing a fight as quickly as possible. Practitioners learn to defend against all types of attacks. The techniques, which have since been adapted for civilian use, have been proven in the battlefield, and on the streets, time and time again. 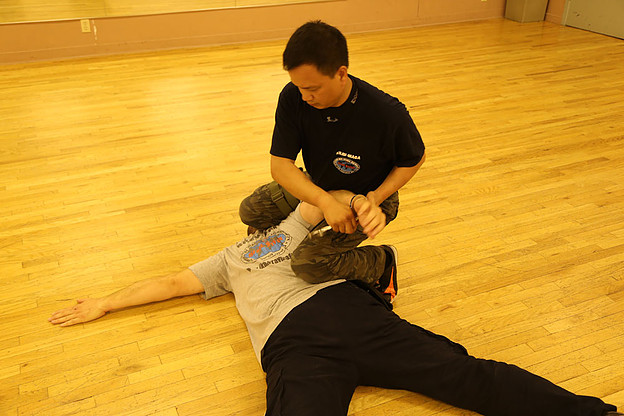 Unlike traditional martial arts or mixed martial arts programs that focus on style, forms and rules, Krav Maga focuses entirely on self-preservation and deals primarily with realistic scenarios. It is intended for real world situations where rules do not apply and losing is not an option – there are no katas, no forms, no rituals and no referees to stop the fight at first contact.

Students are trained to neutralize any threat as quickly and effectively as possible, targeting vulnerable points which are not allowed in traditional martial arts, thereby avoiding any escalation where size, strength or numbers might come into play.

Krav Maga is an awesome total body workout! While building self-defense skills is the ultimate goal of learning Krav Maga, you will lose weight, get toned and conditioned as you punch and kick pads and defend against simulated attacks. Krav Maga training involves short, high intensity intervals – the type that melts fat and increases metabolism. During training, you can expect to use 30-50% more energy than you would in a less vigorous workout class.

People who come to learn practical self-defense skills are impressed by its functional fitness benefits, while those who come to get lean and toned leave feeling stronger, safer and more confident.

Krav Maga is for Everyone

Krav Maga was developed during a time when the State of Israel was in its infancy and they had to call on any personnel they could muster to defend themselves against the vastly larger forces that threatened their survival. Everyone was called to duty, including older people and women. As such, they needed to develop a system that was easy to learn, and did not derive its effectiveness from the size and strength of the user. 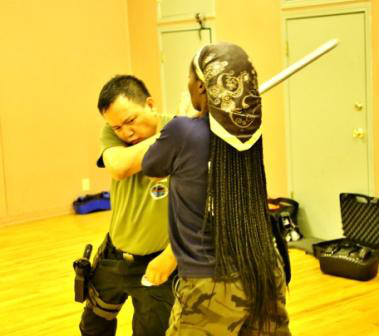 Krav Maga is a system that is based on simple principles and instinctive movements. It is a reality-based system that is designed to teach self-defense in the shortest possible time. As such, it is easily learned by anyone regardless of age, size, gender or previous martial arts experience.

Cyrus Osena
Cyrus Osena is a specialist in Krav Maga, the official self-defense system of the Israeli Defense Forces. He is a Graduate-level Practitioner, having trained in Israel, Poland, the United States and Canada, receiving instruction from some of the best known experts in the system. Aside from helping men, women and children gain practical self-defense skills, Cyrus has also had the privilege of working with military personnel, law enforcement and security professionals from around the world.
PASSIONATE ABOUT FITNESS & WELLNESS? Bring it on! We would love to hear from you. We welcome inspirational quotes, articles and infographics.