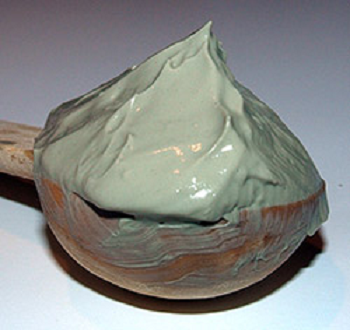 The sun on your face, the warmth in the air… Spring has sprung and summer won’t be far behind. How best to brush off the winter blues? With a proper detox of course! The Ancient Egyptians were huge fans of a good detox – and who doesn’t want some of Cleopatra’s charms? Pack away your knitwear and get ready to embrace the summer.

A new trend in detoxing, or rather a revived one, is to use Calcium Bentonite clay, also known as “living clay”, to rid body of built up toxins, heavy metals and poisonous substances. The great German naturopaths of the last century hailed clay as one of nature’s great remedies.  Mahatma Ghandi advocated the use of clay for health and purification.  Numerous so-called ‘primitive’ tribes have used clay for both internal and external purification.

Today, Bentonite clay is increasingly used both internally and externally by those interested in natural remedies, and it is included on the FDA’s famous GRASS list (“Generally Recognized as Safe”). Calcium Bentonite clay consists of minerals that enhance the production of enzymes in all living organisms.

For many years now, one of the most popular and best known clays in the US has been Redmond Clay. This clay is from a very rare deposit that is rich both in calcium and sodium making it exceptionally strong and effective both internally and externally.

Although people have used clay for thousands of years, so far no one has been able to reveal what makes it such an effective healer. Over the years there have been many naturopaths observing how clay works.

Raymond Dextreit, the French naturopath who made the clay cure famous in Europe, believes Bentonite clay’s powers transcend its purely three-dimensional physical properties. He writes, “from a thermodynamic point of view clay cannot be the sole source of energy of the phenomenon it produces. Clay is a dynamic presence–a catalyst rather than an agent itself. This is possible because clay is alive.” Most of the poisons in the body, Dextreit notes, are positively charged, whereas clay has a negative electrical attraction. Therefore, he writes, “These toxins cannot resist being drawn toward the clay.”

In the Medical Annals of the District of Columbia, Vol.  20, No.  6, June, 1961, under the title “The Value of Bentonite for Diarrhea”, are the results of the clinical work performed by a team of medical doctors led by Frederic Damrau, M.D. using hydrated bentonite in the treatment of diarrhea.  The diarrhea was the result of virus infections, food allergies, spastic colitis and food poisoning.

When 35 individuals (average age 51) suffering from diarrhea took two tablespoons of Bentonite in distilled water daily, the diarrhea was relieved in 97% (34 of the 35 patients) in 3.8 days, regardless of the original cause of the problem (allergies, virus infection, spastic colitis, or food poisoning). The percent of relief indicated for the symptoms were: abdominal cramps – 80%; anorexia – 78%; malaise – 80%; headaches – 71%; nausea – 85%; and weakness – 100%.

According to Dr. Damrau, Bentonite is “safe and highly effective” in treating acute diarrhea. The article concluded:

“By virtue of its physical action, bentonite serves as an absorbent aid in detoxification of the intestinal canal.”

Both U.S.  Government Bureau of Mines Booklet #609 and a late edition of the Dispensatory of the United States of America, an official compendium, give bentonite high praise:

“In addition to the growing number of external uses for bentonite, it has been reported to be of value as an intestinal evacuant when used in the form of a gel.”

DetoxLiving ClaySummer
Previous ArticleCreating an Evening Routine to Boost Your Success In the MorningNext ArticleThe POWER of a 100 day Gong and how one thing a day can CHANGE your life.

Jana Cevelova
Jana Cevelova is the marketing director of Purely Natural Cosmetics, the online organic beauty retailer. Jana and the team are completely dedicated to offering only the very best quality in each and every one of their certified organic products.
PASSIONATE ABOUT FITNESS & WELLNESS? Bring it on! We would love to hear from you. We welcome inspirational quotes, articles and infographics.